In recent years, there has been scientific experimentation fusing human cells with bunny eggs, in hopes of speeding up the research processes.
A little-known fact is that several millennia ago, there was a sighting in a secluded area in the hills of England.  A creature which was part woman, part hare, whose name was Hortense, gave birth to the mythical creature now known as "Hare-Boy".  His father’s origin is not known, but Hortense and her mate were rumored to be the product of mysterious genetic experimentation, which often surfaces in ancient scriptures.
Hare-Boy's birth was especially noted because of the appearance of a bright orange carrot, which remained constantly floating above his head.
He went on to perform many miracles throughout his life.  He is depicted here in the midst of one of his miraculous missions as he looks for Godot. 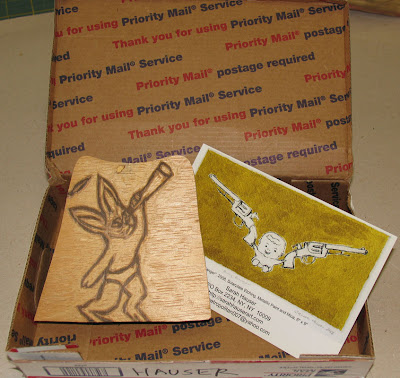 Kolene Dietz in Lawrence Kansas USA, home of the first Barenforum.org archives, has this to contribute:
Billowing, layered clouds are often a part of the landscape in Kansas. The thunderstorms that sometimes follow are comforting; and the rains a welcome sight for city dwellers and farmers alike. 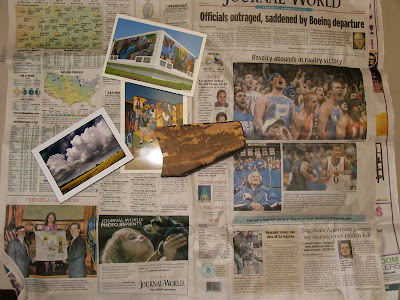 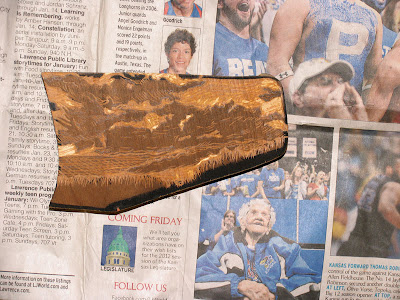 On another note, I have only 3 blocks to replace!!! Waaaaaaahoooooo!!! I will get them done this weekend. I am planning a great big puzzle assembling party for myself this weekend. This will require that I clear out my studio desk first, a month long task...just kidding.
For those looking for studio tips, I purchased a couple of very old sturdy desks, one is oak and the other is walnut. I think I paid $100 for one and got the other for free. These massive and awesome pieces of furniture form the base for my studio tables.
I placed them back to back in the center of the converted garage, then purchased two boards made of particle wood and covered in white melanine, each measures 3 by 7 feet.
The boards cover the desks and make my working area HUGE! If I need the space around the desks, the boards can be just taken off and set to the side vertically against a wall, then placed back when I need to work.

Cheap trick to make a very large working surface that can be easily removed. You're welcome.

I'm licking my chops at the thought of assembling all the pieces! Photos to come.
Oh gosh, I almost forgot! I spent a bit less than $1K on six 100-packs of Rising Stonehenge Warm White. I got some quotes last week and picked the yummiest. Paper on the way!
Posted by Maria Arango Diener at March 01, 2012