From a world traveler and the UK

Carol Hetherington from Australia and Canada, writes this:
We moved to Montreal from Austalia in 1995 and my husband spent 11 years working for the United Nations.  He retired in 2006 and we returned to Australia but also kept our home in Montreal.  When our daughter graduated from Concordia University in 2008 we all left Montreal for Whistler in British Columbia, Canada.  We continue to live six months of the year in each country.  I've seen a LOT of snow, worn a lot of tuques, and have a daughter who grew up losing her tuques.  This little block is my homage to the Quebec tuque and snowmen I've seen in all shapes and sizes.  I've brought a little snow and hopefully a little humour to the City of the World.  I'm new to woodcut and I was terrified of that little block of cherry so I kept it simple. 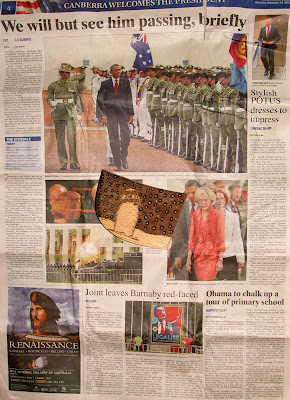 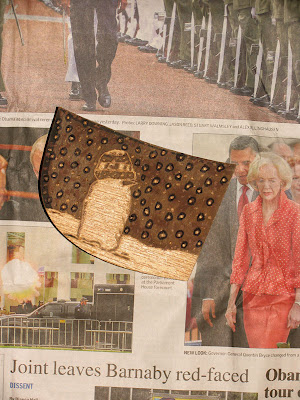 Excellent images! thank you for sending the news from around the world
Mark Mason writes from Clitheroe, Lancashire in the United Kingdom:
Every city needs a park and 'The City of the World' is no exception.
My small Lancashire hometown of Clitheroe is proud to have a Keep (Castle) at it's centre. Around it are the Castle grounds where people gather to play or watch the annual fireworks display. My image shows one of the sets of gates that lead into the park.
I'm proud to be part of this international print project, and to introduce the world to my hometown. 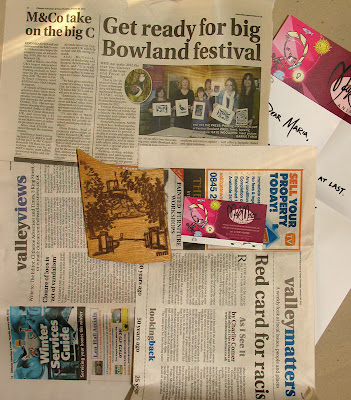 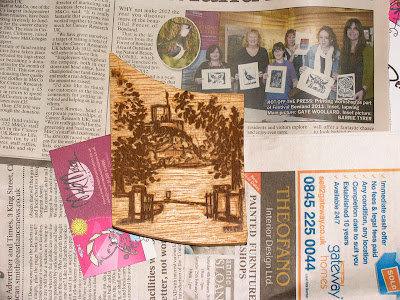 Thank you for tossing in some green into the city!
I confess I really like to receive the foreign newspapers with the blocks. I like how the world is so different and yet how we all have similar issues in our neighborhoods: need for parks, cross-walk dangers, petty crime and vandalism, cultural preservation, big business taking over older neighborhoods, dogs, pigeons...10-year old buildings coming down in spectacular implosions while fireworks light up the sky...oh wait, that's just in Las Vegas!
Anyhow, I said "similar" issues!!! ﻿
Posted by Maria Arango Diener at March 04, 2012