Along the West coast of the US, two more citizens

Frank Trueba from Felton, California USA, says this about his contribution:

My ancestry is Spanish and I found when I visited relatives in Spain as a child it gave me a better perspective as a citizen of the world. I also became acutely interested and educated in the contributions of Spanish culture to the world and thus have tried to carve something that encompasses all that. Hopefully my image is recognizable as an outline of Spain containing a famous depiction of Don Quixote de la Mancha. 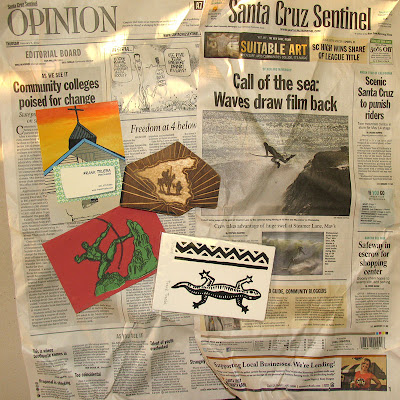 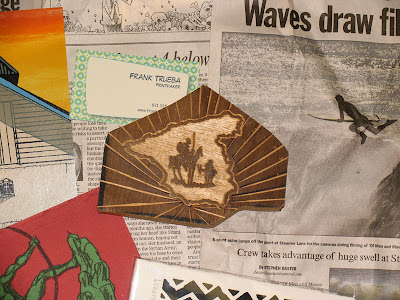 A personal favorite since I'm also from Spain! Thank you Frank.
And our infatigable Baren Mall Manager and so many other things Barbara Mason in Aloha Oregon USA, sends us this image and a cool t-shirt! for me: 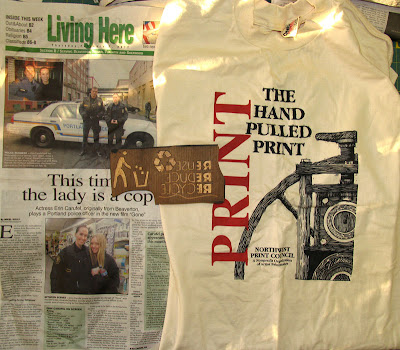 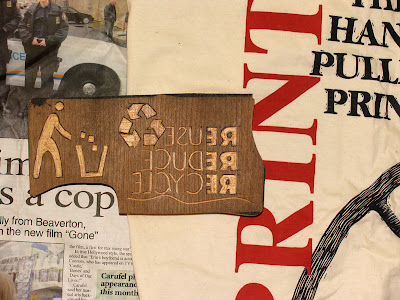 ********
These days the wood chips are flying as I carve out the "skeleton" blocks (the large blocks that hold everything together). I'm also placing all the little blocks in their place, solving potential printing problems and replacing the missing citizens. Much to do yet and photos are forthcoming.
All is going according to plan although I feel that there isn't enough time to get it all done before the printing party. If you missed the announcement for the printing party, look back a couple of blog posts to find it. It's shaping up to be a fun time!
Posted by Maria Arango Diener at March 14, 2012