How to drive yourself mad with artful pleasure

Not having learned my lesson from the two previous puzzle projects (Web and Cairn), I merrily engaged in yet a third, the City of the World. If you have been following this blog then you know it has been quite an adventure already.
And were it not for the eager hands that were raised when I announced it was time to print the beast, I would be doing that myself. At about 40-60 prints a day (my max effort) I would be printing for 10-15 days straight. That's a lot of PowerBars.

But off I go into the great Northwest to meet my fellow conspirators and we should (should!) get the thing printed in only 3 days, maybe less. How awesome is a great team!

Now that I've caught up on posting everyone's contributions, it is time to also post what I've been doing to fast-forward this project into completion. Last time I posted a project report I believe I had just cut the blocks and mailed them.

The next few months were spent logging the arrivals, opening each with the anticipation of a gift from a fellow artist. Being organized and not wanting to have a huge task, I kept up with pictures and posts of each participant.

Next came the cutting of the background skeleton (the large blocks that hold everything together), and assembling the puzzle. Here are the photos, without further explanation: 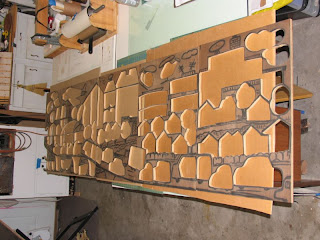 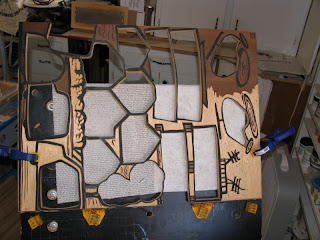 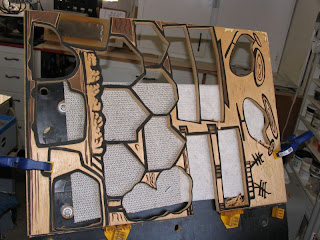 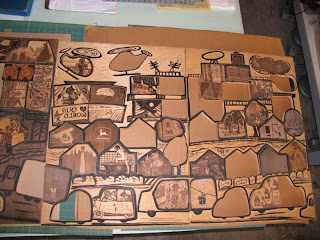 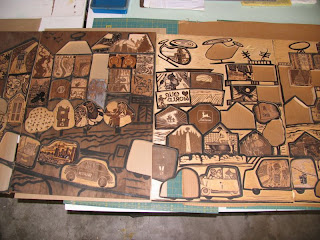 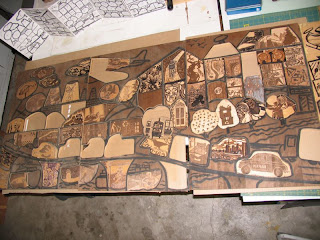 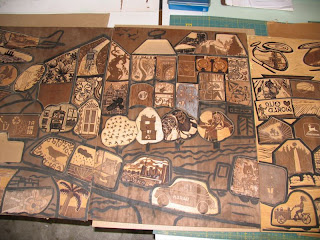 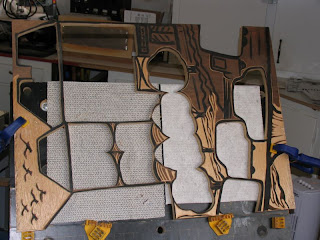 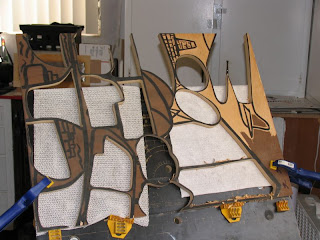 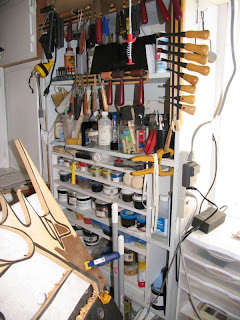 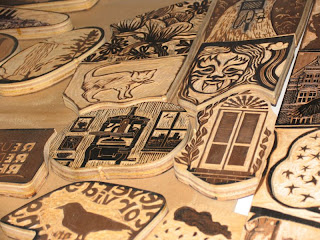 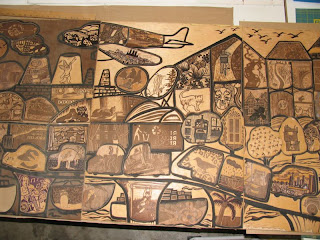