North East in USA and South West in Canada, it's all relative

Occurs to me that I have been placing everyone according to my own geographical-centrism. I suppose we all have ourselves and where we live as "the" point of reference for the rest of the world, otherwise we would get hopelessly lost as we travel. But be assured I mean no ego-centrism when I refer to Canada as North and Brazil as South, it's just that I'm smack in the middle...always in the middle, it's all relative!

Wow, that was deep...
Anyhow, here are the latest two arrivals.

AEleen Frisch from Wallingford Connecticut, USA sends this little window into her world. The block is actually resting on a borrowed newspaper but it's all good. 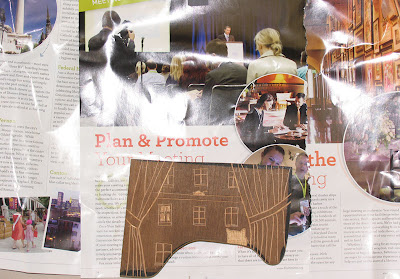 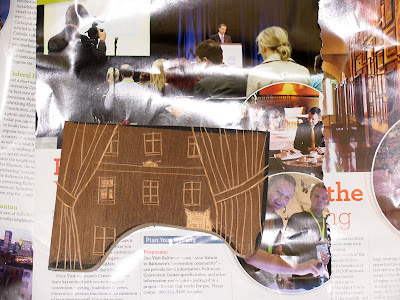 And Randie Feil, from Victoria British Columbia in Canada sends this contribution. Randie did write a smart little ditty on paper about the crows and I will be updating all those as I type them: 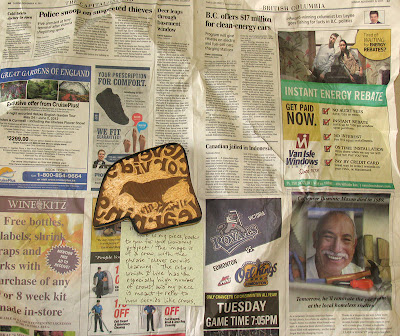 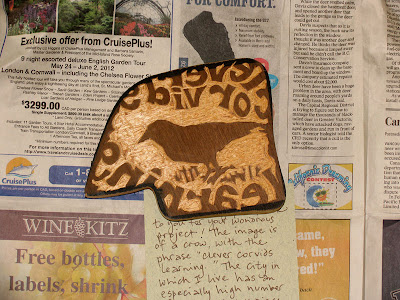 *******
I am very happy to report that I have now heard several "wait for meeeee!" from almost all the participants and looks like all but two at most will be making the extended extended deadline of February 29th.
That is a big relief because I have very few blocks to replace and, depending on where they are located, I can just carve a few lines to coincide with the outline.
As I reported a few days back, my paper sampler is here and I'm still deciding between the contenders:
-Daniel Smith Lenox
-Canson Warm White
-Stonehenge Warm White
All are equally yummy with the Stonehenge and Canson having two deckled edges and the Lenox (or is it Lennox?) having four cut edges. Time to ring up the suppliers and see what they have on hand. Plenty of time yet but I want to make sure there is leeway for backorders and also would like to lock in a price before all the carriers decide to double their shipping rates in tandem with the price of fuel.
Yikes, good thing I ride a bike!
As you were, carry on...
Posted by Maria Arango Diener at February 21, 2012