Catching up on PEACE!

Having successfully completed my first festival since 2008 (wow, life happens, huh!?) I'm right back in the thrills of welcoming new pieces of the Peace Puzzle. Really didn't take me as long as it used to to recover, must be the awesome energy I got from my collectors at the festival. I am already thinking about the next gig. Have to get into inventory/framing mind but not quite yet!

Here are three of the latest arrivals: 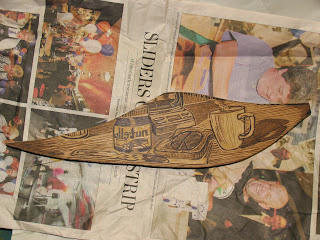 I chose to carve the face of a woman as I believe it is going to take the feminine energy to heal the world and bring about peace. 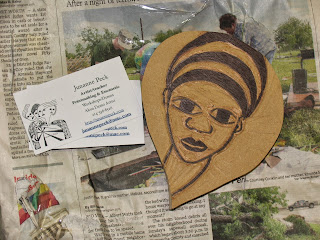 My piece of this jigsaw is the head of a giant reclining Buddha in Polonnarawa, Sri Lanka, that I first visited in 1999. It was carved in the 12th century and is part of Gal Vihara, a rock temple with four images of the Buddha. The reclining image is said to represent that of the Buddha after attaining nirvana and then death.  The pose and particularly the face seems to me to be an image of absolute peace. 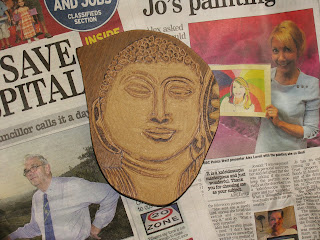