At the time of sign-up I was living in a small country town - not exactly a city, but my part of the world. I was also involved with wildlife rescue. Wedge-tailed Eagles were a common sight in the skies.  They were also too common as rescued creatures.  The eagle depicted was rescued and rehabilitated after being kept in captivity since a youngster.  After months of care, during which she learned the colour of the sky, to walk on the earth, and how to catch her food, she was released near where I lived.  Although I have since relocated, I did the block in memory of her. 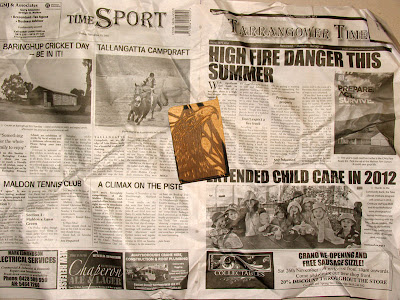 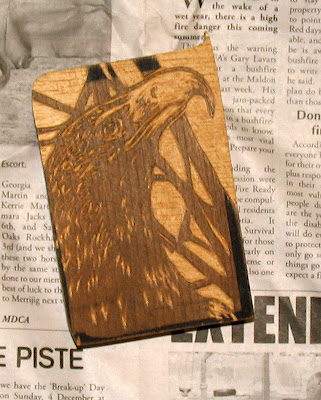 And Ralph Heather from Paris, Ontario CANADA, reminds us how we feed a city. 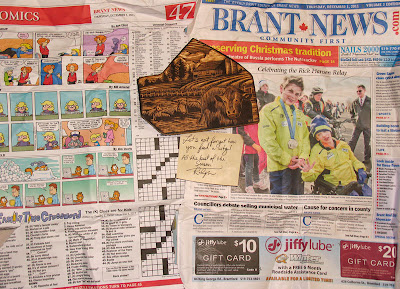 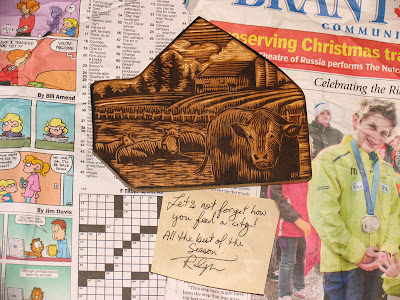 Thanks for the funnies and the crossword!
Some important links:
PROJECT MAIN PAGE
http://1000woodcuts.com/projects/cityoftheworld/index.html
THE BLOG! Where everything happens:
http://puzzleprints.blogspot.com/
The place to send information about your city block:
http://1000woodcuts.com/forms/cityblockinfo.htm
Posted by Maria Arango Diener at January 17, 2012