Last but not least, the hanshita paper transfer for woodblock printmaking

As I mentioned earlier, hanshita paper is simply a tracing paper that has been glued temporarily to a heavier stock paper. This allows the paper "sandwich" to be printed on any ink-jet printer and the tracing paper to be glued to the block without wrinkling or buckling. 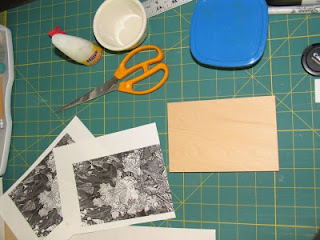 The hanshita printout is perfect with all the detail intact. The needed tools are some rice paste or wall paper paste (anything that is removable later with water), and a sponge brush or, my preferred method, a sponge roller. 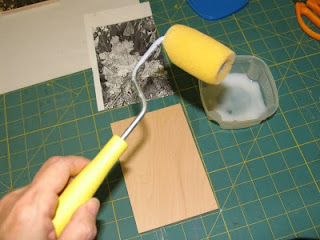 These rollers make quick work of the task of spreading a perfectly even layer of rice paste over the block. They come in all sizes! 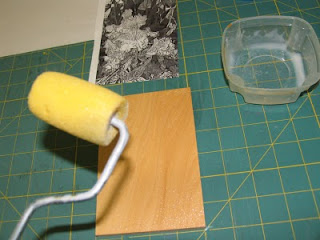 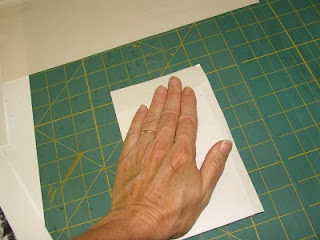 I just hand press the paper onto the block after aligning it carefully. I smooth it down evenly but not too much so as not to disturb the tracing paper. 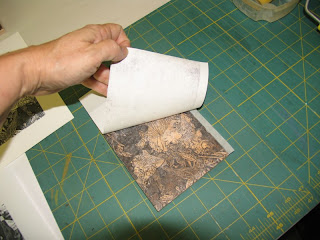 The heavy backing paper is easily removed either while the rice paste is still a little wet or later after it has dried some. I have found no difference regardless of when the backing is removed. 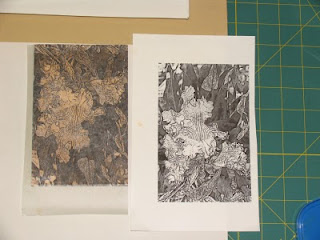 If the ink was not dry on the paper for very long, it will actually transfer nicely to the block. The tracing paper can be rubbed very gently and removed leaving the ink-jet transfer on the block. I'm almost always too scared to do this so I just let the tracing paper dry under some weight to prevent any buckling. The carving can then proceed right through the paper.
The hanshita method yields perfect design transfers every time, which is why I use it most often on smaller works.
Lastly, a side by side by side comparison of the three transfer methods, the Studio Paper on the left, the ink-jet t-shirt iron-on in the middle and the hanshita on the right. The untransferred design is shown below each block.
I tint and oil the block a bit before carving and they all took ink and oil similarly except the iron-on transfer did not let the oil seep into the block. The block still carved fine right through the rubbery layer but, despite a perfect transfer, I probably won't use it because of that. Either of the other two methods works well, with the Studio Paper giving a slightly "freer" feel to the block since there is no paper adhered and the hanshita winning the detail-transfer race since the tracing paper gives slightly better contrast. 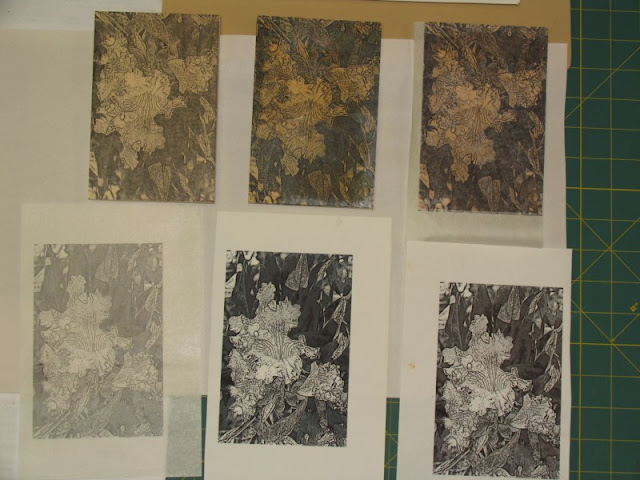